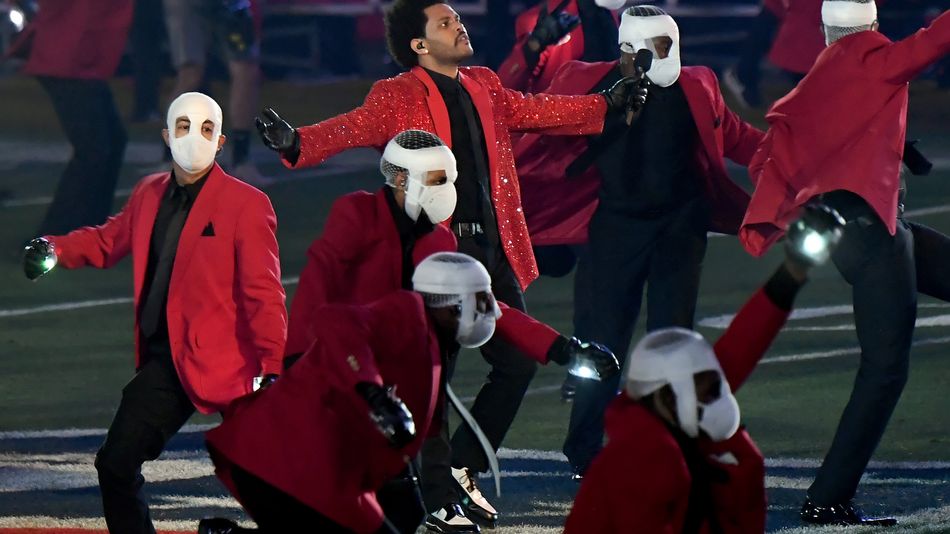 Their mouths and noses were entirely covered, oddly enough, by bandages — which also neatly covered what looked like KN95 masks. The bandages, according to an interview the Weeknd gave to Variety, are intended to be a symbol about the superficial nature of beauty in Hollywood.

That was kind of hard to parse from just the halftime show, however, and soon enough the fashion choice from Sunday's performance was quickly turned into memes and jokes.