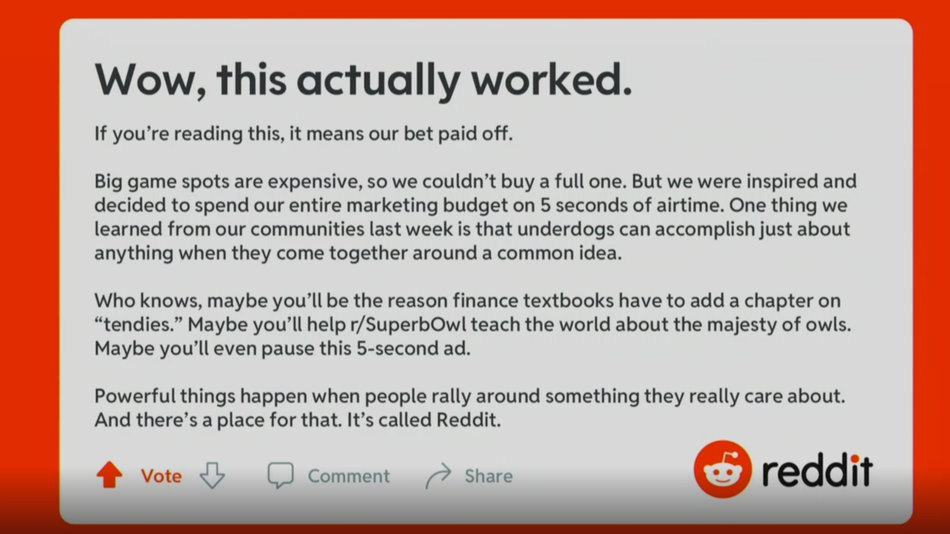 If you stared at your chicken wings too long, you may have missed it.

Reddit, the social news site and "frontpage of the internet" launched their first Super Bowl ad shortly after the halftime show on Sunday. But the ad was only 5-seconds long.

Super Bowl ads are not cheap — a 30-second spot for the Super Bowl LV cost a whopping $5.5 million. Hence the decision to buy such a minuscule spot. While it was easy to miss the ad, the premise of it is hoping that you saw it and looked it up afterward. Maybe you even shared it.

"Wow this actually worked. If you're reading this, it means our bet paid off," the ad reads. According to the ad, which is a text-based "post" that looks exactly like the website, the company blew its "entire marketing budget" on just 5 seconds of air time. In it, the company notes they were "inspired." Read more...